Out on the mean streets

Anyone else signed up to Country Walking magazine's regular challenge to walk 1000 miles in a year? It's not as daunting as it sounds: 2.75 miles a day and you've got it in the bag. Easy, if you say it quickly enough.

I've made a good start. I've already walked 60 miles since New Year's Day, because I've been out canvassing. There's a local by-election coming up at the start of February, so I've been pounding the streets posting leaflets through letterboxes and knocking on doors to gauge voter intention. I feel doubly smug because of all the miles I've clocked up and the satisfaction of knowing I'm supporting a good cause.

An unexpected consequence has been that I've seen parts of Kettering I've never seen before, despite having lived here for over 30 years. It's not a big town but a bit like New York (and this is where the similarity ends) it is divided into tidy chunks, and there are some sectors I've never visited, especially those on the posh side of the tracks. There's been a lot of building work, too, and in several areas where once there stood a proud shoe factory, there is now an enclave of bijou homes. I was particularly intrigued to see a resurgence in back-to-back terraces being built among swish detached houses. Fascinating stuff.

If you fancy a walk, why not explore an area of your home turf you haven't visited before? You never know what you might find.

Posted by Julia Thorley at 09:41 No comments: 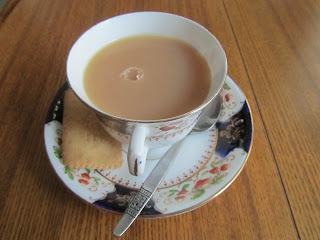 Just before Christmas, I was out delivering community newsletters. People were beginning to put up lights outside their houses, and inside I could see trees being decorated and people wrapping presents. Now we're at Twelfth Night, and those same houses are looking bare, with just the occasional deflated Santa clinging to a chimney pot.

As usual, I haven't made any New Year resolutions. I used to when I was a child: be kinder to my little brother; do my homework on time; pick up my clothes off the floor before bedtime; then later it was the usual things like losing weight, getting fit, cutting down on the tea and biscuits. I never lasted much beyond February, so now I just don't bother. Nor do I engage with Dry January, Veganuary or any other such nonsense. I prefer to decide for myself when things need a shake-up.

The other thing is that it's so hard to predict what the coming week will bring, never mind the next year. Looking back I see I posted this on 1 January 2020:

'I don't know if you've noticed, but a new year has started today. Honestly, to look at FaceAche you'd think it had never happened before. I'm SO fed up of people telling me how great 2020 is going to be. I hope they're right and I shall do my damnedest to make it so, but let's wait and see, shall we?'

The title of this blog is, of course, the subtitle of Shakespeare's Twelfth Night from which this quote comes:  'Better a witty fool than a foolish wit.'

I'll just leave that with you.

Posted by Julia Thorley at 17:12 No comments:

Board but not bored 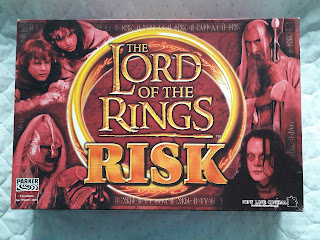 I'm surprised and delighted by the resurgence of the humble board game. I was brought up playing Snakes & Ladders and Ludo, Dizzy Bugs, Mousetrap and Scrabble. My children were initiated into the ways of the Draughts board long before they could ride a bike, and even now on family occasions we will gather around the dining table for competitive games and a little gentle bickering over the rules.

Today's rash of games is different from those I remember from 'the old days'. The look and feel of them is as much a part of the experience as the actual playing - check out Azul, for instance, which is a strategy game we're playing obsessively at the moment. It involves laying tiles that, to my mind, look like Spangles. Remember them? We also turn to Catan, Seven Wonders and Colt Express, the latter of which comes with a cute train on which Wild West characters are moved in search of booty. Phoney cowboy accents have become obligatory when we play this.

We do still dig into the cupboard for some old favourites. However, the one pictured is the worst of all possible worlds; I mean, Risk is bad enough - it can maunder on for hours - but Lord of the Rings Risk means I have to wrap my head around the intricacies of Helm's Deep and Dol Guldur. Good grief.

I did suggest we got rid of this one, but was met with howls of protest from the rest of the Thorley clan. We'll see.

Posted by Julia Thorley at 13:16 No comments:

Is the blogging party over? Take two.

Well, I guess I've had that question answered.

If you want me, you can find me:


Before I go, though, let me just say that while I didn't win the Dickens Fellowship competition to create a modern-day character in the style of the great man, my entry - 'Charlotte-Anne Mountebank' - is in Volume 5 of the audio anthology.
You can listen here.

Is the blogging party over?

My fellow blogger Susan Jones has here posed the question: has blogging gone out of fashion? I've been wondering the same thing. I've been at it since 2011, with varying degrees of enthusiasm, and while my words have never set the world on fire I know from the stats that people have been reading them and occasionally been moved to comment.


I blog for three reasons:
However, response is down. Is this because I'm not giving the public what they want, as it were? Is blogging past its use-by date? Or is everyone simply too tired and/or overwhelmed to join in?

Of course, you can never tell what people are going to latch on to, whether it's on a blog, Facebook, Twitter or any of the other myriad social media platforms. I've realised that a good picture is helpful; one of my most popular Facebook posts was of a parsnip that looked like an Ood from Doctor Who. People are strange.

Has the time come to call it a day? Is there a better way to achieve my three objectives?
Posted by Julia Thorley at 10:12 4 comments:

Apparently it was National Writing Day on Wednesday. Oops. I must have missed that memo.

Weighed down by heat and apathy, I haven't written much at all this week, other than to put the finishing touches to a couple of stories I wanted to send to two competitions. Instead, I've been having a bit of a clearout, during the course of which at the back of a drawer I discovered a folder labelled: GAMES.

I'd completely forgotten that many years ago I had been asked to come up with a proposal for a series of short books called 'The Little World of Great Games'. There seem to have been several categories: Memory Games, Travel Games, Get Well Games, Party Games and, rather oddly, Games With String. Still. a freelance writer never says no, so it appears that I did indeed come with 25 games to play with string. Whoever said, 'Money for old rope', get your coat.

Note to self: if you can write to that brief, you can write anything. Get on with it!
Posted by Julia Thorley at 13:05 2 comments:

Madness, people, that's what's on my mind, as it were. Not that I think I'm mad, you understand -  would I know? - it's just that the world has gone a bit crazy. You don't need me to tell you why.

Have you been watching the National Theatre At Home? What a treat these YouTube presentations have been, although I did baulk at Coriolanus. The current production, available until 7pm on 18th June, is The Madness of King George III. Of course, you had me at Alan Bennett, for it is his play. If you've seen the film and think you know this work, you don't. Watch the theatrical version. Mark Gatiss is extraordinary. It's all a long way from Mr Chinnery, the hapless vet in The League of Gentlemen.

As I type this, I have the Queen song in my head: 'I'm Going Slightly Mad', which I repeat I'm not. Apologies if I've just introduced an earworm, by the way.

One of the few quotes I can remember from school is 'Great wits are sure to madness near alli'd / And thin partitions do their bounds divide' from John Dryden's 'Absalom and Achitophel'. I love this. It's the explanation for mad professors and eccentric geniuses.

Sidenote: John Dryden was born in Aldwincle, which is village not from where I live, a fact I discovered when doing research for Harmonium, a project I did with Deep Roots Tall Trees dancetheatre.

A more recent quote I have taken to heart comes to me via Rebecca Solnit's book Wanderlust (as mentioned here last week), in which she quotes Leslie Stephen (Virginia Woolf's father): 'Walking is the best of panaceas for the morbid tendencies of authors.'

You see? I'm not mad, I'm a genius. And even if I were going slightly mad, I only need go for a walk to shake it off.

Pass me my boots.


*Image from Alice in Wonderland by Lewis Carroll, The Children's Press, 1967 edition