I have signed up to a free creative writing course through FutureLearn. These courses were pointed out by someone whose blog I follow, but I'm afraid I can't remember which one. Thank you, if it was you. Step forward and take a bow.

I've only just started, but already I've realised that most of inspiration comes from things I've heard - perhaps a cheeky phrase or an odd snippet of conversation. My long-suffering husband is used to sitting with me in pubs and restaurants thinking that I am hanging on his every word and then realising that I have a glazed look in my eyes and that I'm actually listening to the people behind me.

When I was walking through the town centre this lunchtime I saw two missionaries (is that the word?) from the Mormon church being given a talking-to by an elderly gentleman whom I heard say, 'That's all very well, but let me ask you this: do you think that God can do anything?' I wonder what their reply was. They will undoubtedly have had an answer.

Anyway, one of the first tasks on this course was to watch a short video presenting a series of images of people at bus stops, in cafes, talking together, sitting alone, etc, etc, and we then had to jot down our impressions of what we'd seen. I was astounded at the amount of detail that some people picked up on. This is clearly something I need to work on.

I wonder if my dependence on eavesdropping stems from my shortsightedness? Without my glasses, even my fingers are out of focus!

Last Friday passed me by without my having time to join in with Celebrate the Small Things; sorry. This is a bloghop instigated by VikLit on her blog 'Scribblings of an Aspiring Author'. Details are here. 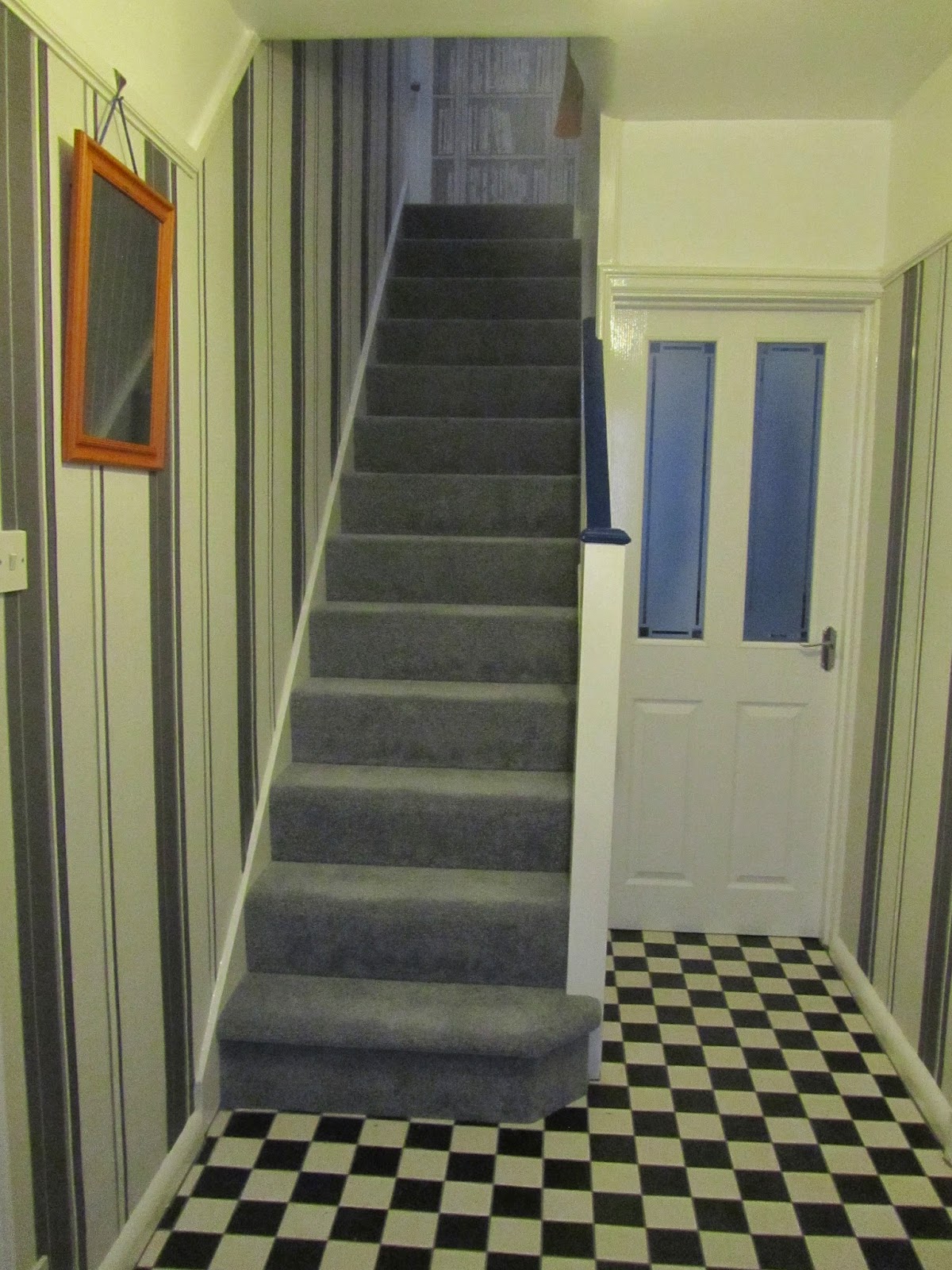 I had to smile when the tab on my screen truncated a headline from my local paper to: 'Campaigners launch fight to save pie'. Sounds like my kind of battle, I thought. On opening the story, the rest of the heading read 'ce of Kettering's heritage'. Still a good story and still my kind of thing, but not quite as entertaining.

I've made it to the long list for a flash fiction competition, which is encouraging. I've also found time to enter a couple more comps this week.

Last celebration pointer for today is that our hallway is finally finished: hurrah!

(I've just had to pause in my writing to listen to The Archers. Never mind EastEnders: it's all happening in Ambridge!)

Posted by Julia Thorley at 18:28 No comments:

The other day, one of my students asked to borrow a couple of yoga books from me. I suggested she follow me home so she could pick them up that very afternoon. Once we got back to my house, I put the kettle on and before I knew what had happened we were sitting chatting not just about yoga, but also all sorts of other stuff. This is simply what women do. This is how we turn people we know into friends.

Think about those long, long hours spent hanging around in the playground when the children are little. We stand with the same group of women, comparing notes. The children themselves, with no concept of any other way of doing things, become friends with the person they are sitting next to on a regular basis. That youngster is eventually invited to tea, which means the mums become friends. Play dates lead to birthday parties. Then there are sports clubs and dance classes, shared lifts; and so the network expands. At work, too, women will get together for a quick drink to celebrate a colleague’s birthday, which leads to hen nights and sometimes even spa breaks and weekends away.

Men don’t do this. They greet each with a gruff ‘Y’alright?’ or, if they’re feeling particularly effusive, ‘Hello, mate. How’s tricks?’ Not that they really want to know, of course. Ask a woman how she is and she will tell you – sometimes in more detail than you might like. Ask a man and he’ll say ‘Fine,’ even if his wife has left him, he’s lost his job and someone has stolen his car.

Sometimes, when the golf course is busy my other half and his regular golf partner will have to team up with another pair to make up a four-ball. This means they have to talk to someone they don’t know - but assuming they can overcome that, there is a good chance that the next few hours will be spent amiably enough.

He’ll come home and, if pressed, say, ‘Yeah, they were good blokes. Played well.’ I’ll ask,’ Did you get their numbers, in case Paul can’t make it any time?’ He’ll look at me as though I’ve asked if he took the strangers for a fumble in a bunker. ‘No, of course not.’

It's Friday again, which means it's time to Celebrate the Small Things. This is a bloghop instigated by VikLit on her blog 'Scribblings of an Aspiring Author'. Details are here.

I had an extra ukulele session this week with a different group and it was quite tough. One thing I need help with at the moment is how to dampen chords, so I thought I'd Google this. The internet rather unhelpfully came up with the chords to play various songs by Wet Wet Wet. Close, but no cigar.

I've had rather a relaxed week. The peculiar way the Easter hols are falling this year means there was no choir practice on Tuesday and no yoga on Wednesday, so I've treated myself to some extra dance classes. Zumba, FitSteps, Zumba, FitSteps on four consecutive days. I'm still no Abbey Clancy, but I'm having a lot of fun.

Big celebration this weekend is our wedding anniversary tomorrow: 34 years and counting. Worth a glass of something nice, don't you think?

Isn't it sad about Peaches Geldof? She is the same age as my older son. What a waste. I see that Mickey Rooney has also died. Coincidentally, he popped up in The Muppets film, which I watched last weekend, and until then I hadn't given him a thought for many a long year.

I'm a bit sleepy this morning because I was out with 'the girls' last night at a pub quiz. We came sixth out of thirteen teams, which was a good result, given that none of us knew any of the sport questions. I was convinced that the winning driver in F1 races gets 12 points, for instance, and it turns out it's 25. We actually did better on the last round, which was on the rather curious topic of fish. One thing that I learned is that the spots on a plaice are orange. Who knew!

On my 'to do' list today is to finish my entry for the Words With Jam first page competition. The closing date isn't until 31 May, but I've been working on this for a while and there comes a time when I need to put down the pen and walk away from the paper. Then it's yoga lesson planning, teaching and a bit of subbing for the rest of the day.

The sun is out, though, and I'd really rather go for a walk. What a pity we have to work.

Join us in Celebrating the Small Things. This is a bloghop instigated by VikLit on her blog 'Scribblings of an Aspiring Author'. Details are here.

It's been a good week. Sahara dust notwithstanding, there seems to have been something positive in the air. More specifically, I'm celebrating:
How are things in your world?

After the triumph of Saturday's concert, I'm having a break from choir rehearsals, so for the first time in ages I found myself free on a Tuesday evening. Now, I could have stayed in and tried to bring some semblance of order into the house following today's visit from the tiler. He has left us some stepping-stones so we can leap elegantly from one room to the other without compromising the gunk he has spread all over the hall floor. However, since he is returning tomorrow, I decided this would be pointless.

Fortunately my Zumba teacher friend Brenda supplied the solution in the form of a FitSteps session at the Grampian Club. FitSteps is the brainchild of Ian and Natalie of 'Strictly' fame - and boy! is it a good workout. Give it a go, if you get the chance. Makes Zumba look sedentary.

The other day, one of my yoga students asked me what I meant when I said, 'See if you can feel where your energy is focused.' Good point. Right now my energy is focused in my feet. They are still tingling after the dancing, despite a shower and a meditation session. I trust that this is a good thing.
Posted by Julia Thorley at 20:07 8 comments: