I've just been round Morrisons to do the weekly shop. When I got to the till, the cashier asked me for £43. 65.
'Thank you,' I said. 'I'll come back in 30 days' time to settle up. Is that OK?'
'Certainly, madam,' she replied. 'Morrisons is more than happy with those terms.'
I wished her good day and continued on my merry way.

What actually happened, of course, was that I took out my Halifax card and paid up there and then. Seemed only fair, since they'd let me have all that food.

Can someone explain to me why I have to wait SO long for some of my customers to pay me? Not everyone; in fact, most of the people I work for are pretty good. But I did some work for a company that I invoiced on 8th August on the understanding that I would be paid at the end of September. Quite a long time to wait, but at least I knew what to expect.

I'm still waiting. When I rang this morning to see what the latest was, I was told that they only do a payment run on Fridays. So I'll get paid tomorrow then? Not necessarily. My invoice will be added to the payment run, but I won't get the money until next week at the earliest.

This seems very strange, given that it is a BACS payment and the money should, in theory, be transferred at the touch of a button. I'm getting a bad feeling about this.
Posted by Julia Thorley at 12:07 4 comments:

The Japanese art of paper folding


Those of you of a certain age might remember a quirky TV programme of the late 1960s/early '70s called Origami. Presented by conjurer Robert Harbin, this 15-minute show was part of  ITV's children's hour during which RH would deftly create something wonderful out of a square of paper while we viewers tried our best to do it along with him.

I loved this programme, and even had an origami book and packs of special paper so I could practise between shows. I could manage the basic salt cellar, a turban and some simple animals, but only the very straightforward ones - and only with my tongue clamped firmly between my teeth in concentration and at the expense of a lot of wasted paper. Ah, we made our own fun in those days.

This has come to my mind because one of my room-mates in Cheltenham, Kayo, being Japanese was brought up with this ancient, rather mystical art. One of the first things she did once we had settled in was to make me a purple dragon, which I managed to bring home safely and which now keeps me company from the windowsill of my office. It took her about a minute, using  proper origami paper, which I think was called 'washi'.

Kayo runs workshops at a nearby library; maybe I should go along to one and relive my childhood.

That was the week that was

I've just about managed to get my backside in gear to join in and Celebrate The Small Things, so here goes:

I had a lovely time at the Kettering Arts Centre last Saturday. We went to see the comedian Tony Law, and he was fantastic. 'We' is hubby,  my two brothers and me. The older of my two brothers had a significant birthday in the summer (remember the cake?) and the other bought him a night out in Kettering as a present. Much fun was had by all.

Yesterday I had lunch out with a friend ahead of my own birthday.

I've taught some lovely yoga classes this week, including one at a care home, where one of the elderly residents told me he'd enjoyed the session because 'It was nice to have a bit of peace and quiet, for a change.' Lots of talk on Radio 2 this week about loneliness, so it was good to be with some seniors who had company (and care) in their later years.

If you want to join in the celebrations, share yours here.
Posted by Julia Thorley at 17:07 6 comments:

Friends, it's taking me a while to get back into the swing of things after my trip to Cheltenham. I don't want to be sitting here working when there are books to be read, new contacts to follow up and ideas to expand on. Nevertheless, I have ploughed my way through my backlog of emails and tried to get things back to normal. 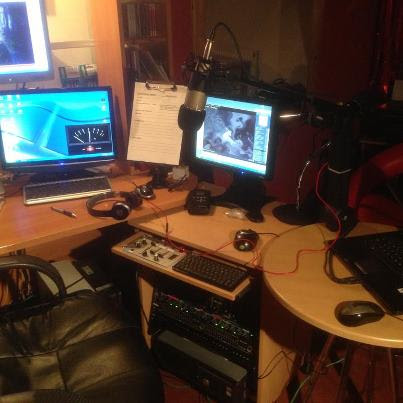 I had some fun on Sunday evening, though, when I did an internet radio interview for the Paul Edwards Show. Paul is a friend, so it was a bit odd trying to sound 'proper', but I think we did OK. (You may or may not be aware that I record 'Julia's Thoughts' for him to play in during the show, in which I pontificate for a couple of minutes on whatever has happened to me.)

Anyway, the idea of this interview was that I would go and talk about my volunteering experience, but in the event we chatted about all sorts of things: golf, comedy, logistics(!), arts venues, music and, yes, LitFest. There is a podcast available, should you fancy it, either via iTunes or podbean here.
Posted by Julia Thorley at 15:55 2 comments:

You will, I hope, forgive me if for the foreseeable future I begin conversations with 'When I was at Cheltenham...'
I have just had one of the most extraordinary fortnights of my life, working as a volunteer at the Cheltenham Literature Festival. There is so much to tell that I hardly know where to begin. Perhaps as good a place as any is to remark that, somewhat to my surprise, the volunteering element was as important and enjoyable as the literature. I spend much of my working life on my own, so to be flung into a team was stimulating and, to coin a phrase, 'such fun'. We 'vollies' were housed in serviced flats on the edge of town and I shared mine with two fabulous women, Kayo and Sally, similar in age and outlook to me. We got on really well and managed to negotiate sharing the facilities without any cross words. It was also great to be working with students, graduates and interns whose youthful energy was infectious.

The ten days of the festival were prefaced by a couple of days' training and putting the finishing touches to the site, and rounded off with a day of dismantling everything again, so I've been away for 13 days, the longest time hubby and I have been apart for many years. I was also away for my son's birthday. When I left home he was a teenager, and now he isn't. (Pause for sob here.)

I had pictured myself floating around being bookish, but the reality was that the days were long and physically demanding: 8.30am starts and, sometimes, 11pm finishes, plus a 15-minute walk at either end. I walked miles to and fro on the site, and there were many hours of standing - not to mention the strain of having to smile all day! But my goodness, it was worth it. 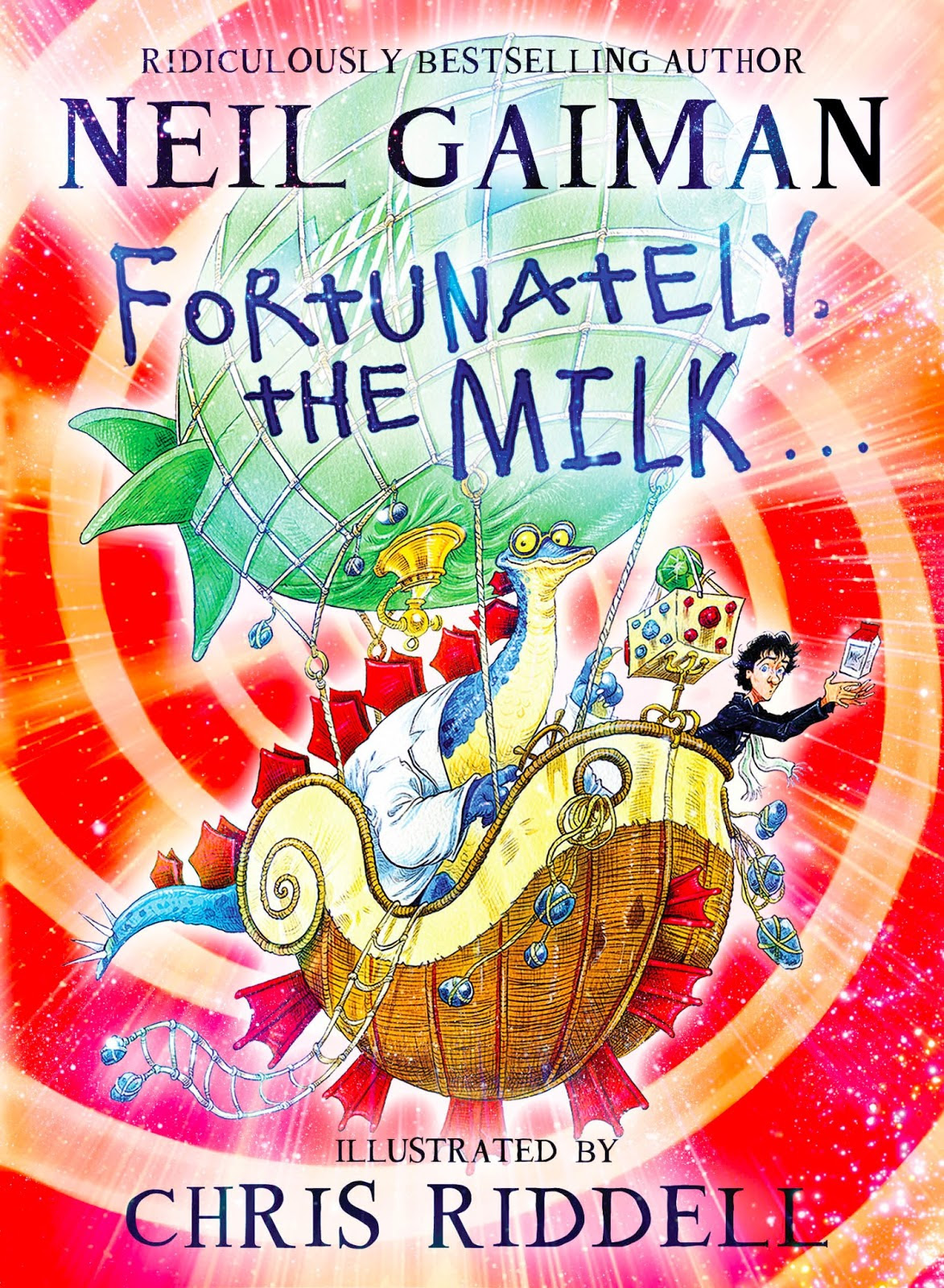 I shook hands with radio presenters, made tea for publicists, chaperoned celebrities and directed TV stars. I booked cars for professors and carried bags for screenplay writers. I sat in on writing workshops and panel debates, and heard presentations not just on fiction books that were being promoted, but also wider subjects from the realms of literature, science, economics and philosophy. I learned to my write my son's name in Gallilfreyan, discovered a talent for putting up flatpack furniture and was a human shield between over-enthusiastic autograph hunters and their quarry.

There were academics and celebrities, authors and publishers, and quite a few 'who was that?' moments, and the details will come to the surface in future blogs. I won't bore you with a list of all the people I met/heard/saw in the distance, because no one likes a name-dropper. For now I want to mention two highlights. First, I met Brian May. I know! How awesome is that! Second, I heard Neil Gaiman speak and then accompanied him to his book signing. He is one of the loveliest men I've ever met, endlessly patient with the very long queue of people waiting to meet him - he signed books for getting on for two hours - and just a joy to be with.

Cheltenham Literature Festival 2013: been there, done that, and I have the t-shirt to prove it.
Posted by Julia Thorley at 08:38 7 comments:

'Til we meet again

I was slightly surprised to hear my son mentioned on Downton Abbey on Sunday, in the guise of a worker making a play for Lady Rose. OK, so the spelling was different, but Sam Thawley sounds like Sam Thorley. I think this is the closest any of the family has come to TV drama stardom - so far, that is.

I'm not going to be around for a couple of weeks, as I'm swanning off to Cheltenham. Anyone else going? Come and say hello: I shall be the bewildered-looking volunteer! So I shan't be here to write my blog or to the Celebrate the Small Things - or indeed the large - for a while. Still got lots to do before I stop work and pack, but I didn't want to go without saying au revoir.