Another year on planet earth 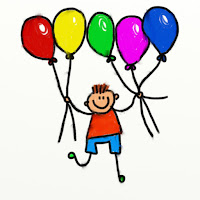 I'm delighted that this year the clock's have fallen back on my birthday, so I have an extra hour to spend celebrating. Mr Thorley is cooking me homemade pizza and lemon drizzle cake, and this evening we are going to the Royal Theatre in Northampton for a ghost walk. Spooky!

Every birthday is an opportunity to reflect, as well as look forward. Here are five things I thought I'd be able to do by now:

I am still a work in progress.
Posted by Julia Thorley at 09:47 4 comments:

I've only had one work deadline this week, which was to write an article for the Christmas issue of  Smallholder magazine. Once that was done, I was able to catch up on a few bits and pieces that I had set aside 'for when I get a minute'. I am celebrating efficiency.

My online FutureLearn blues piano course is up and running. Despite the blurb saying we need a couple of hours a week for this, it's clear I need to work much harder than that if I'm to keep up. I've recorded and uploaded my first attempt at improvising for the comments of my fellow learners. They have been kind. This week's challenge has been to play 7th 10ths, which means putting my little finger on a C and stretching my thumb all the way up to the E that is ten notes away, while also putting a finger on the flattened 7th note, B-flat. Still with me? Let's just say it's a bit much for my small hands. I am celebrating determination.

Mr Thorley and I were invited out for a meal last Sunday with some Bahai friends to mark the bicentenary of the birth of their faith's founder, Baha'u'llah. I'm not a follower, but amongst its key teachings is 'The earth is but one country and mankind its citizens' and 'So powerful is the light of unity that it can illuminate the whole earth.' Isn't that sensible? I am celebrating tolerance.

If you would like to join this bloghop, send your details to laura.6eg@gmail.com  and she will do the necessary.
Posted by Julia Thorley at 16:33 2 comments:

Well, do you? Or at least are you intrigued? I've posted this picture as a blatant plug for my other blog, called Yoga? Here's what I'm thinking, which I have restarted today after nearly a year away from it. I know you're not all going to be interested, but if you do have a moment to hop over and say hello I'd be pleased to see you - and there's more pictures!

Today I'm celebrating the end of my pastels course. Not because I'm glad it's over: just the contrary. I'm celebrating that I managed to stick with it and produce something reasonable. I'm planning to keep going at home and try to refine my skills.

The other thing I'm celebrating is learning a new way of working. The choreographer we've been working with at the dance-theatre group sessions has introduced us to the idea of moving, then writing, then moving again. To explain: we visited a disused church, which we explored in our own time and plotted a route around, connecting elements that struck a  chord. Later, we re-created our route in the school hall where we rehearse. Next we had to write down a list of words that came to mind when we followed that route, then we took some of those key words and turned them back into movement. Honestly: I've never felt such a luvvie!

My task for the weekend is to review the proofs for Nine Lives. What are you up to? I'd love to hear from you.

If you would like to join this bloghop, send your details to laura.6eg@gmail.com  and she will do the necessary.
Posted by Julia Thorley at 16:33 12 comments: 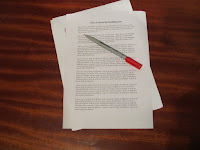 The first of two workshops I went to on Saturday as part of Birmingham Lit Fest was hosted by Mslexia's editor Debbie Taylor, who I'm afraid didn't make a very good impression on me. She wanted to postpone the start in case anyone arrived late (a suggestion that was firmly quashed by the organisers!); she had rushed to get there and told us she hadn't had time to read through her notes: and when she did start talking she realised she was using the wrong notes! And she didn't know how long the session was supposed to last. Most unprofessional, I thought.

Anyway, the theme was: Meet the editors - specifically, the brains behind a selection of small press publishers. The panel comprised:
What was clear was that running a small press is a labour of love. All the speakers were keen to point out that they don't make any money. In particular, Carlotta said that despite not taking any advertising and not charging for the online edition, she still pays her contributors. OK, only a fiver a time, but still. That's just crazy!

Nor should you think that you stand a better chance of being accepted by a small publisher. Each was oversubscribed, whether operating a submissions window or an open-door policy.

Certainly the books on show were lovely, but I came away thinking that if you can't get a deal with a mainstream publisher, why not simply self-publish?

Does anyone have any experience of these or other small press publishers?
Posted by Julia Thorley at 17:13 2 comments:

Celebrations for Friday The Thirteenth

Actually, I'm not superstitious about the date. It's just another day, (she says with her fingers crossed).

After the flurry of booty last week there have been no prizes or surprises this week. I've worked hard to clear the decks, though, because tomorrow I'm off to Birmingham Literature Festival for a couple of workshops in the Library.

One of the main jobs today has been to deliver a manuscript to the printers. After a lot of to-ing and fro-ing and coming painfully close to getting a short story collection accepted by a conventional publisher, I have decided to go it alone. You can be sure I'll let you know when it's available.

Right, that's it. I'm off for an evening of mindless TV. Have a good weekend, folks.
Posted by Julia Thorley at 19:35 2 comments:

This should have been posted on Friday...

... but time got away from me. I've had several reasons to celebrate in the last week or so. First off, it was number two son's birthday, which we celebrated with champagne and apple crumble. Odd, do you think?

I am Star Letter in the November issue of Writing Magazine, for which I am to receive a copy of the WAYB, which is definitely worth having.

I was highly commended in the Birmingham Lit Fest flash fiction comp, for which I receive nothing, but my story will be online in due course. I'm going to the festival on Saturday, as it happens.

Most astonishing of all, those of you who have been following my staggering steps as a fledgling artist will be as surprised as I was to learn that my Pollock piece (details here) was judged to be the best in the exhibition. I know! I went along to the Rooftop Gallery on Thursday for tea and cake, where I was given a potted rose and a certificate. I'm that chuffed! 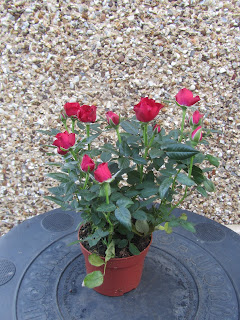 At art class yesterday, we were pondering about meaning in pictures and whether the artist had in mind all those subtleties that we pick up on. Was he really thinking about eternity, say, or did he just want to paint a nice view? Was the symbolism intentional or is it just our interpretation, based on learned responses? What does it all mean, if anything?

We wondered if any of the greats ever looked at their old sketchbooks and thought, 'Wow, I really couldn't draw hands back then!' Or at some of their finished works and couldn't remember what inspired them, or why they'd felt so gloomy that day.

I've been looking over some of the stories and articles I've written over the years with the idea of reusing them in a couple of books and other projects. Some have stood the test of time and will need little attention. Others have made me think, 'That's better than I remember it.' Others still, 'What was I thinking!'

Growing up isn't about getting older, it's about learning and developing.
Posted by Julia Thorley at 13:09 11 comments: