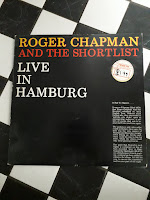 Writing: it's a funny old game. One day you're riding high because ideas are abundant and the words are flowing; the next day, you take someone's casual remark as a sign that your work is hopeless.

On Tuesday, while loitering in the Doldrums, I decided that if A Sparge Bag on the Washing Line  doesn't sell well I shall never write again. By Wednesday, I'd perked up again and I wrote a rather fine short story, if I do say so myself. I was also invited to submit two poems to an anthology being produced by a local writing group. Then yesterday, I heard I'm on the short list for the Writers Bureau Poetry Competition and I was approached to do some creative writing workshops. Today, Friday, I still have the wind in my sales.

If you're looking for inspiration, take a look at The Ruth Rendell Short Story Competition here. At £15 entry fee, it's a bit on the steep side, but it's for a good cause. The word limit is 1,000 and the prize is £1,000, which is a good per-word rate. The winner will be commissioned to write four more stories; I don't know if there's a further fee payable for this. I do, though, know someone who was runner-up one year; apparently, the awards evening is rather splendid. As always, make sure you read the rules and all the Ts&Cs.
Posted by Julia Thorley at 15:46 4 comments:

One of the magazines I work for is to cease paper publication at the end of the year and become online only and, most significant for me, will be produced in house rather than by the trusty band of freelances of which I have been one. Heigh-ho. It goes with the territory.

Strangely, though, the very next day after I heard this news, someone I've not worked with for nearly two years popped up and asked if I'd be free to take on a book in October. Yes, please! It's amazing how often it happens that I lose one client only for another to come along. Thank you, universe.

Also coming along in October is publication of A Sparge Bag on the Washing Line. I'm waiting to see cover designs at the moment, which is all very exciting. In the meantime, I'm planning a launch event and looking into advertising/publicity options. Watch this space!

In other news, the great pumpkin harvest is beginning. See exhibit A, above, which is 10 inches across.
Posted by Julia Thorley at 17:18 2 comments:

Email ThisBlogThis!Share to TwitterShare to FacebookShare to Pinterest
Labels: A Sparge Bag on the Washing Line, freelance work, pumpkin, writing

Not a woman's best friend

To be clear, I have nothing against dogs. Dogs are animals; they act on instinct, not reason. Dog owners, however, well, that's another matter.

Might I suggest that when out exercising your hound on a public footpath, should you see someone coming towards you*, you call that hound to heel? Don't assume that everyone is happy to be jumped upon by a strange animal.

Nor does it help to say, 'Oh, he won't hurt you. He's just being friendly.'
Two things:
I'll say it again: dogs are animals. They are not people, no matter how much you wish they were. Broadly speaking they have teeth at one end and smelly poo at the other.

* I am of course ranting here against the minority and in particular against the owner I encountered yesterday. I'm sure anyone reading this is a responsible and considerate pet owner.