You've got to laugh 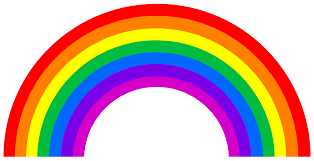 Out on my permitted walk yesterday, I saw a woman dusting her garage door. I fear for her sanity.

The trouble is, if she's already bored enough to being doing that, how will she cope in, say, a month's time?

I look forward to passing her again in due course and catching her cutting the lawn with nail scissors.

Email ThisBlogThis!Share to TwitterShare to FacebookShare to Pinterest
Labels: humour

How long would four slices of ham last you? 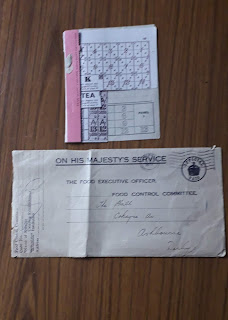 It occurred to me this morning as I was spreading butter on my toast that I might be a bit greedy when it comes to dairy goodies. You should see me with a block of Cheddar: not pretty.

For reasons that I don't remember, I have an old food coupon book in a folder labelled 'Important Odds & Sods' - see pic - so I dug it out and looked up Second World War rations online. Good lord - how did anyone survive?

From the Imperial War Museums website, I learned that every citizen was issued with a booklet to take to a registered shopkeeper to receive supplies. At first, only bacon, butter and sugar were rationed, but gradually, the list grew: meat was rationed from 11 March 1940; cooking fats in July 1940, as was tea; and cheese and preserves joined in March and May 1941.

Allowances fluctuated throughout the war, but on average one adult’s weekly ration was 113g bacon and ham (about 4 thin slices), one shilling and ten pence worth of meat (about 227g minced beef), 57g butter, 57g cheese, 113g margarine, 113g cooking fat, 3 pints of milk, 227g sugar (that's the same as the meat ration!), 57g tea and 1 egg. Other foods such as canned meat, fish, rice, condensed milk, breakfast cereals, biscuits and vegetables were available, but in limited quantities on a points system.
Fresh vegetables and fruit were not rationed, but supplies were limited. Some types of imported fruit all but disappeared. Lemons and bananas became unobtainable for most of the war; oranges continued to be sold but greengrocers customarily reserved them for children and pregnant women, who could prove their status by producing their distinctive ration books.

I also learned that apparently 60% of Britons told government pollsters they wanted rationing to be introduced, with many believing that it would guarantee everyone a fair share of food. I'll just leave that there for you to consider.

One of the tasks I undertake for the monthly journal of a professional institute is to sub a list of people who have been members of the organisation for 20, 30, 40 and 50 years or more. Those who have been a member for 20 years joined in 2000. This can't be right, because surely the Seventies are only 30 years away.

The Seventies are on my mind at the moment because I've been invited to a school reunion, which has thrown up all sorts of questions, not least whether or not to take Mr T with me. He won't know many people and he didn't know me when I was at school, so, as one of my friends has put it, it's really none of his business. Do I want him chatting with exes and people I had petty squabbles with?

I've kept in touch with a handful of people I went to school with, but while I have a passing interesting in some of the others and occasionally hear news of them, I wonder if there's a reason we're not in regular contact. I mean, teenage girls: they be bitches!

And we are being 'strongly encouraged' to wear Seventies clothing. Oh heck.

I've also been delving back even further, to my time at primary school. I have a piece in the current issue of Best of British about swiming lessons at my home town's outdoor lido, when it was so cold I actually shivered myself to the floor of the changing cubicle. Different times!
Posted by Julia Thorley at 10:54 2 comments: