Christmas Day won’t be the same for us this year. There will be an empty seat at the dinner table where my son used to sit. Oh, don’t worry, he hasn’t died; he’s working at the Harvester.

I knew this time would come. This isn’t the first December he has been working there, but until this year he’s always managed to negotiate himself the time off. On paper, of course, he’s the best person to work during the festivities. He’s single with no one to answer to, whereas some of his colleagues are married with children and complicated family situations. But for some reason his boss hasn’t taken my feelings into account. No, no, that’s selfish. I don’t want to be THAT MOTHER, the one who majors in emotional blackmail and puts pressure on her offspring.

If you’d asked me, I would have said we weren’t a particularly traditional family, and yet I now see that we have been following the same routine every Christmas for quite a few years, albeit keeping things age appropriate. There is the annual debate about when to put up the tree, for instance. I come from a family who would decorate the weekend before Christmas and take it all down again on Twelfth Night, but I’m married to a man whose way is to put it up much earlier than that and leave it only until New Year’s Eve. We compromise, one way or another, on the date, but always have a glass of something to accompany the task while The Muppet Christmas Carol or, if we’re feeling mawkish, It’s a Wonderful Life plays on TV in the background. That didn’t happen this year and it felt odd not to do it. After dinner on Christmas Eve we open one present each – something small and not from an immediate family member. I don’t know if that will happen this year either, because with number one son missing it won’t be the same.

So we’re doing things a bit different this time and I’m trying to be cool about it. I’m a yoga teacher, for goodness sake, so I must be generous spirited and release my attachment to routine. I must be flexible, open-hearted and open-minded. Things change, we adapt, we move on.

Even so, I wonder if I can get away with leaving out a sherry and mince pie for Santa?

Season’s greetings to you all.
Posted by Julia Thorley at 10:58 No comments:

Email ThisBlogThis!Share to TwitterShare to FacebookShare to Pinterest
Labels: Christmas

I beg your pardon?


At this time of year, attendance at my yoga classes is a bit hit and miss because everyone is so busy. Quite a few of my students are involved in education in some way, as teachers and support workers, parents and grandparents, so they are swamped with carol concerts and nativity performances. Others succumb to viruses or react adversely to the flu jab. Others still are simply overwhelmed. The irony is that this is when it is more important than ever to take a moment of stillness whenever we can, even if the only place that happens is when the queue at the checkout isn't moving.

But I've just had a phone call from one of my ladies to say she won't be at the class this afternoon. She had the best reason ever:

'Sorry I can't make it. I'm expecting some bull semen through the post.'

Anyone ever had a more bizarre apology?
Posted by Julia Thorley at 11:47 2 comments:

Email ThisBlogThis!Share to TwitterShare to FacebookShare to Pinterest
Labels: yoga 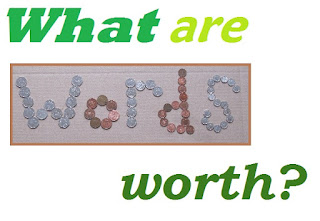 I don't mind a bit of jargon, but there's a time and a place. In specialist publications, where all the readers know what's what, I don't see anything wrong in reducing terms to acronyms appropriately and in my editorial work I come across this a lot. I know that CAGR means compound annual growth rate, that TPL is a third-party logistics provider, and that MOD TSF is the Ministry of Defence's Total Support Force. Fair enough.

I don't even mind people thinking outside the box. It conjures up an image of some brave soul poking his head out from the cardboard flaps to discover a whole new way of doing things. I quite like the idea of drilling down to get to the bottom of a problem. What I don't like, however, is made-up terms being used when there is already a perfectly good word for the job. Top five annoyances at the moment are:
But there's a new annoyance, a buzzword that's all the rage in the world of transport: alliancing. This is what two or more companies are doing when they form an alliance - and there was me thinking that they were allying and had become allies.

If you get a minute, please pop across to the website of Silver Link Publishing and check out the latest book by Will Adams in the British Railways Past & Present series: Northamptonshire Part 1 South and West. I declare my interest here because Will is a good friend (though I have nothing to gain from sales of the book other than vicarious pleasure). This is a great book full of fab pictures and fascinating details. If you have a railway enthusiast in your circle who needs another book - and my experience of enthusiasts is that they can never have too many books - whether or not they know Northants (or someone with connections to the county but who isn't necessarily a railway buff), I can recommend this. Plug over.
Posted by Julia Thorley at 15:03 No comments:

Email ThisBlogThis!Share to TwitterShare to FacebookShare to Pinterest
Labels: Northamptonshire, Past and Present, railways jargon, Will Adams

A hint of humbug?

Is the whole world losing its senses? I mean, I know it’s Christmas in a couple of weeks’ time and we all tend to act a little oddly at this time of year, but what is it about the whiff of pine needles that makes people lose all sense of proportion? I've just visited a local self-styled emporium, filled with seasonal wonders in the form of decorations, gifts, festive tableware and candles. And then there was the food.
Displayed amid the handmade chutney and nets of walnuts was a tower of goose fat, which as any self-respecting modern cook knows is THE essential ingredient for roasting potatoes. Anything else simply won’t do. (Politeness prevents me from expressing my views on this.)
Incredible though it seems, a 300g jar of this precious commodity was priced at £4.59.
That’s £15.30 a kilogram.
For fat.
That’s just daft.

Email ThisBlogThis!Share to TwitterShare to FacebookShare to Pinterest
Labels: Christmas

A little bird tells me


I've just been disturbed from my work by the tap-tap-tap of a beak against my patio door. It seems I am a little late feeding the birds this morning, and Blacky is getting impatient.

The room at the back of my house where I work looks over the garden. I used to work at the front, but not only was it very chilly, but also I found I was forever going to the window to look into the street for the postman or just to have a nose. At the back of the house, my room faces south and gets all the sun. Even at this time of year I benefit from the 'solar heating' and if I wear a large-brimmed hat I don't have to draw the blinds to see my screen - although I did get a funny look from the window-cleaner this morning.

I've only got a small garden, but I like to put out food for the birds and get quite a variety of visitors: 'Trotty' wagtails are prevalent at the moment, plus the usuals - blackbirds, sparrows, finches (even goldfinches, when I remember to top up the niger seeds) and robins, too, of course. Excitingly, there is often a red kite hovering overhead. And am I the only person being invaded by magpies? Incidentally, one of the only things I ever learnt how to do in art classes at school was to draw a magpie, because it is simply a series of overlapping triangles.

I'm on the mailing list for the e-newsletter from the RSPB: 'Wild About Gardens', which this month has a link about a new BBC series that is look for people whose garden is a haven for wildlife. Sounds interesting - although I was alarmed to hear that: 'Outline Productions are making a new landmark series for BBC ONE about the perilous [sic]  state of Britain’s wildlife and what we can all do to help.'

It's a jungle out there.

Posted by Julia Thorley at 10:07 No comments: