Litte bird in a big sky

My neighbour must have forgotten to put his clocks back, because this morning he was clattering around outside before eight o'clock. Through my sleep-fog I could hear a ladder being shifted and a couple of gruff voices making plans for the job in hand.

Quite determined to have some sort of a lie-in, I made tea and then went back to bed with poet Simon Armitage for company. I'm reading his book Walking Home, which is about him following the Pennine Way in the 'wrong' direction, from north to south. This is one of the books that was revealed in last weekend's reorganisation and I seem to remember I bought it on impulse in Waterstones as a BOGOF or some such. It's a cracking read, as you might expect. 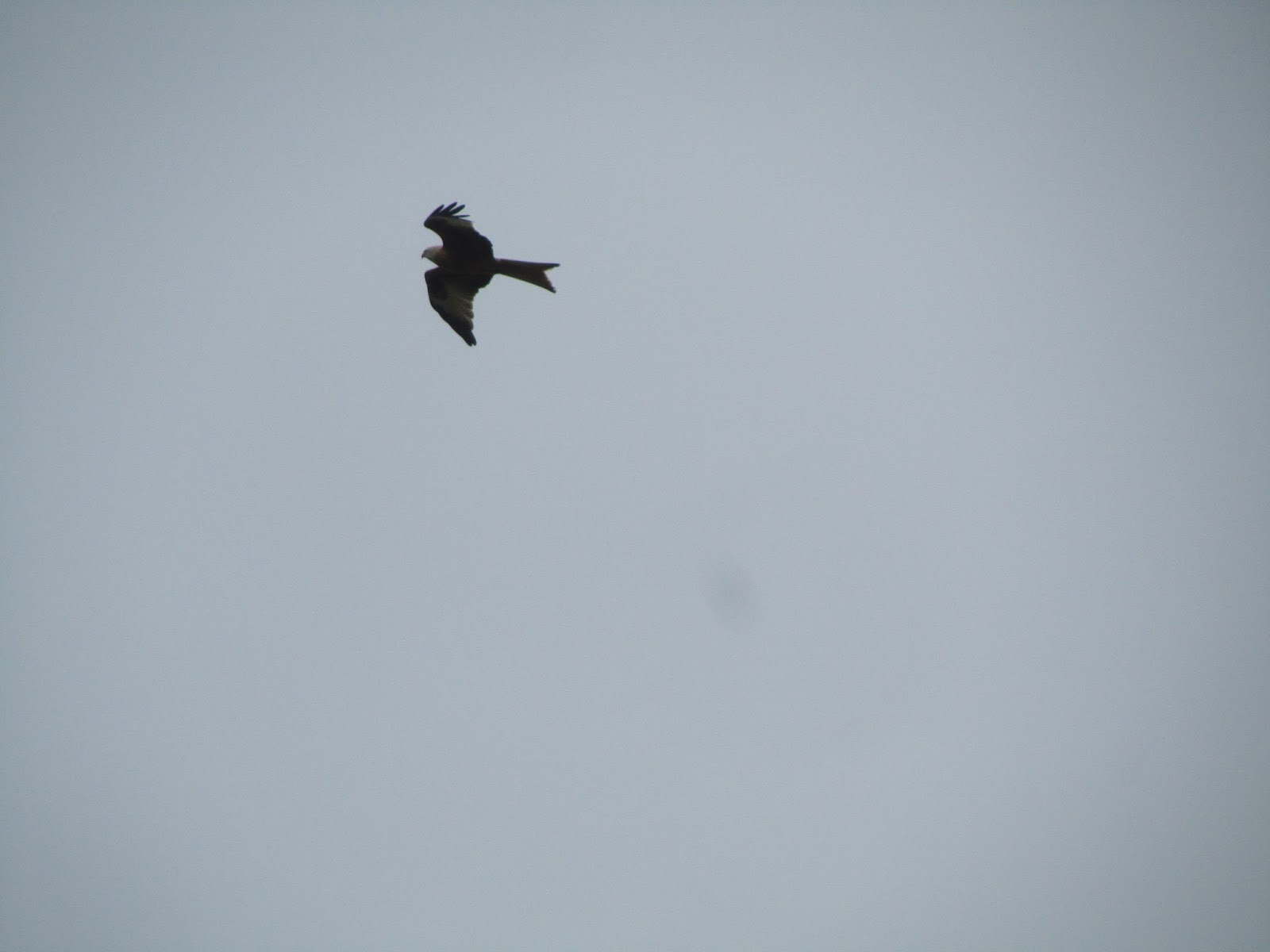 However, it's made me want to strap on my own walking boots and set off into the wilderness. Such terrain is in short supply in Northamptonshire, so I settled for a seven-mile figure of eight across the fields yesterday. I'm a townie, but even I can spot a red kite - they're very common round here, but not keen on posing for photos. 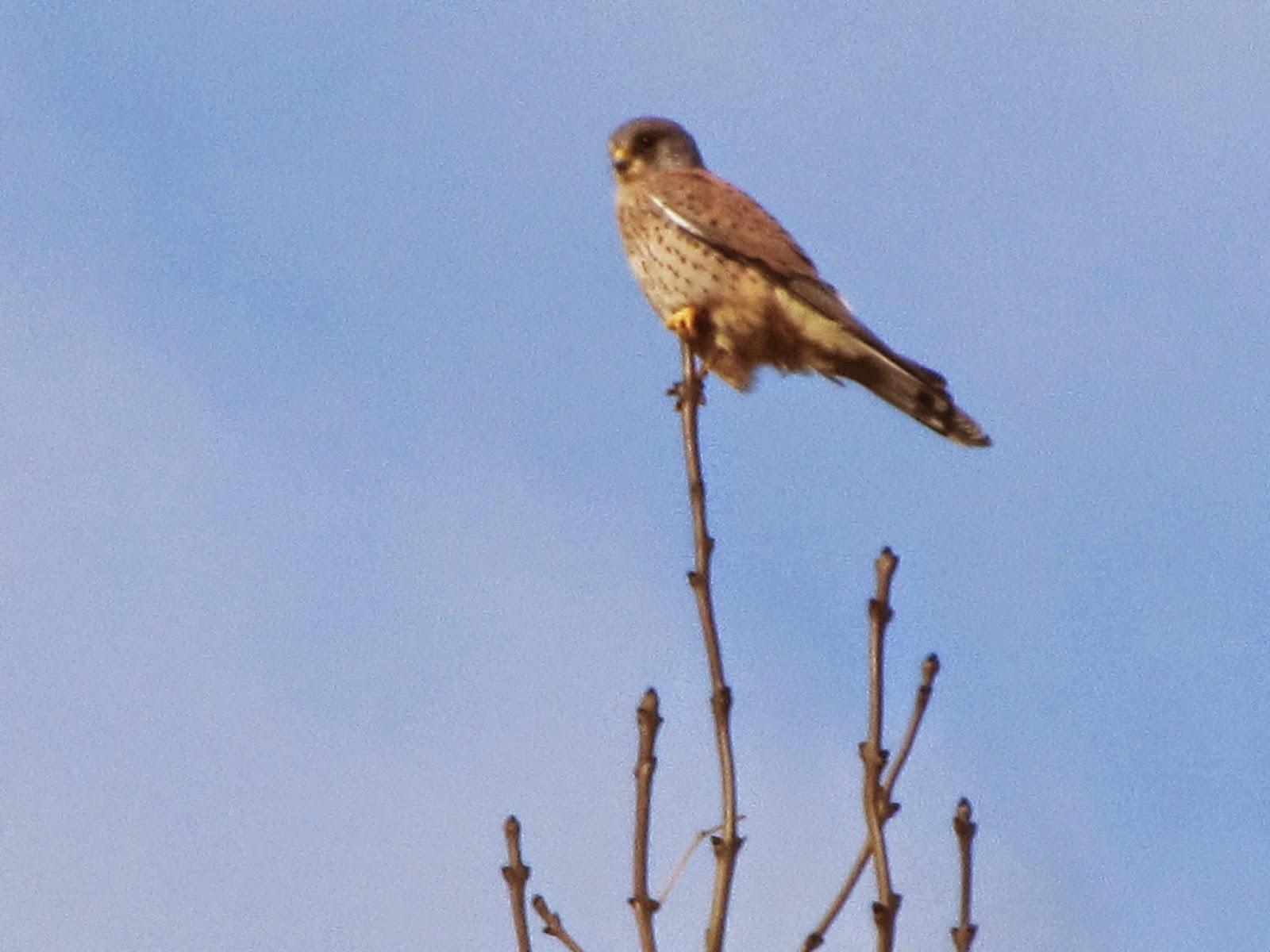 I also managed to snap some sort of falcon perched atop a tree. I once interviewed Bill Oddie, but none of his bird knowledge rubbed off, so I can't be more precise than that. Again, apologies for the quality of the photo, but it was taken point-and-shoot style with the zoom on max. The route also took us past a field of alpacas.

My neighbour has just set to with some sort of graunching machine. Time for some loud rock music, I think.
Posted by Julia Thorley at 11:02