You can't have too many bookcases

This week's principal celebration is the purchase of yet another bookcase, which we have installed in an alcove in our front room in a space that has appeared since Joe and his drumkit moved out. We bought it from the British Heart Foundation furniture shop in town, which is always our first port of call for household stuff. It's amazing what bargains there are to be had, although you can tell some of the stuff is house-clearance, which probably means someone died, which is sad. 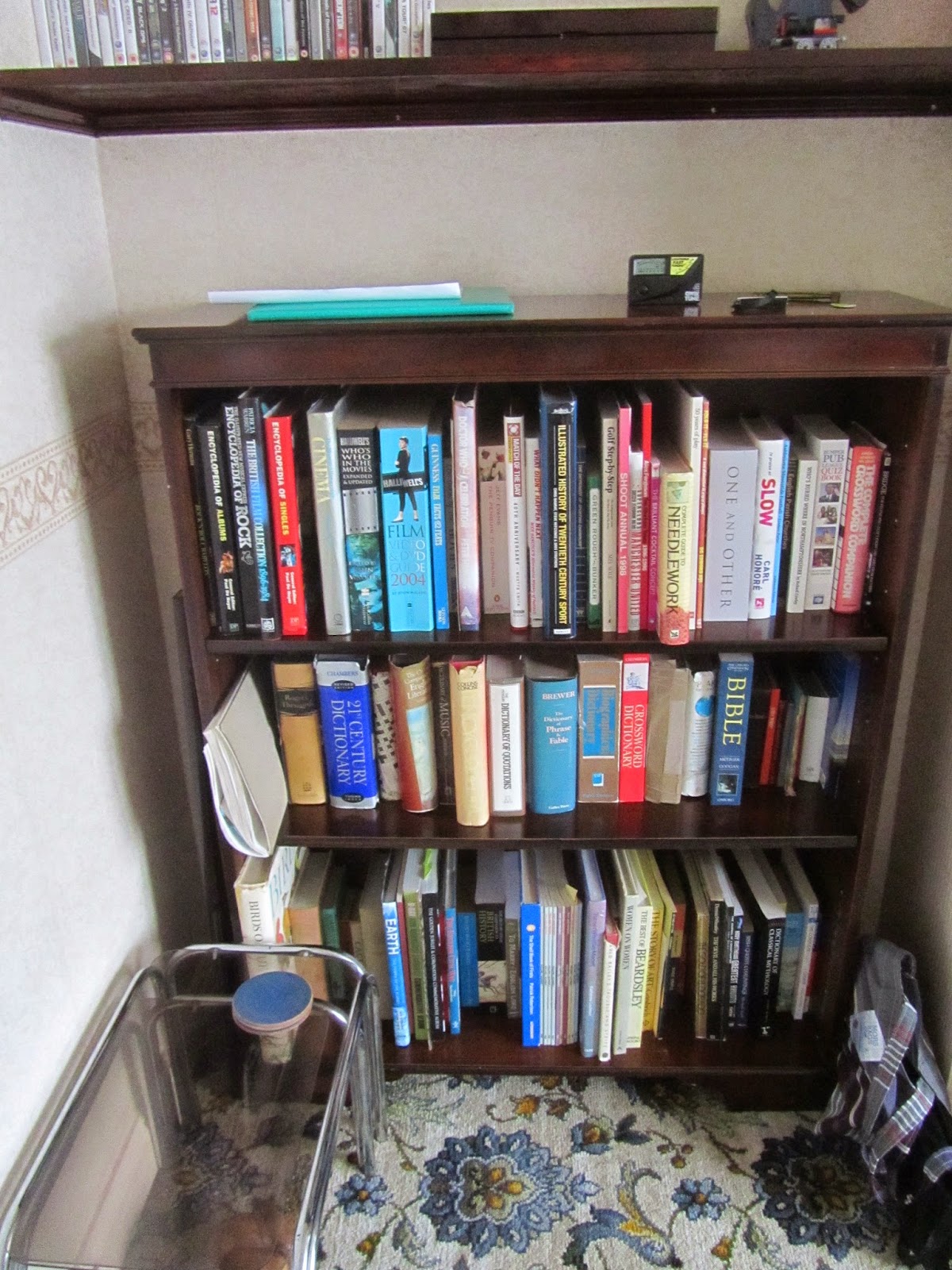 We've moved some reference books and non-fiction titles into this new bookcase, which has created room elsewhere for a bit of a sort-out. We spent a happy afternoon rearranging, moving books to a new shelf and then back again, creating a pile of books for the charity shop and then reclaiming them, and deciding what goes where. His Lordshop is as avid a reader as I am, but does not have an editor's brain. For instance, if you have a book that has been signed by the author, do you put it with other books by the same person or with other signed copies? If you have an anthology of Doctor Who short stories, do you put it with other short story collections, with TV books or somewhere else? Discussions were held.

Eventually everything was stored, but during the process we discovered several books we'd forgotten we'd bought and hadn't yet read. This means we have both added to the teetering heaps on our bedside table.

Next job: sort out the CDs.

'Celebrate the small things' is a bloghop instigated by VikLit on her blog Scribblings of an Aspiring Author and co-hosted by Diana Wilder, LG Keltner @ Writing Off the Edge, Cyborg Mom (Katie) and CaffeMaggieato @ mscoffeehouse. Details are here.
Posted by Julia Thorley at 09:29