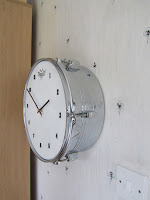 While regular readers will know I don't claim to be artistic, I do think I'm creative. After all, I write and I'm musical, and there are glimmers of design intention in my garden.

I've just been listening to Claire Balding's Radio 4 show Ramblings, where she was talking to writer David Nicholls (Starter for Ten, One Day, Us and much more). It's worth a listen on catchup.


As they tramp through Surrey to the Devil's Punchbowl, he discusses his need to walk. For him, walking is part of the creative process (though he admits that it sometimes feels like a bit of a skive) and he clings to the idea that it helps the imagination to be on your own out in the countryside. He quotes Wordsworth as saying walking is the same as writing, with elements of meter and rhythm. Nicholls is a proper walker who strides out at a good pace and likes to keep moving. He enjoys nothing more than a four or five-day hike, especially when he is between books and is waiting for the next idea to, as he put it, ‘drop from the sky’.

And talking of being creative, what do you think of this clock? My son has fashioned it out of an old snare drum. I was hoping to put it up in my home office, but  he has taken it off to work to put on the wall in his teaching room. Clever lad - I don't know where he gets it from. Better call Dragons' Den.
Posted by Julia Thorley at 17:10