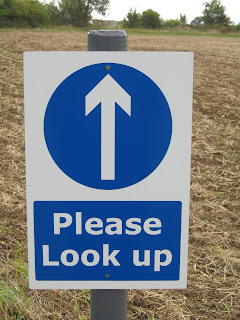 Did my UK friends watch Have I Got News For You last night? (Overseas pals: this is a satirical news-based panel show on the BBC.) In case you're saving it to watch later I won't give anything away, other than to say that it was good to be reminded that there is other stuff going on in the world besides You Know What.

One thing that's cropped up on Facebook and Twitter over the last few days is a reminder that local politics is still happening. There is an area of woodland a mile or so from where I live that is on the very edge of the town and well used by runners, walkers and cyclists. The land is owned, I believe, by our local duke (picture me doffing my cap in an ironic way). A planning application has been made to chop down all the trees, clear the land and use the space for more warehouses.

We are in the middle of the so-called logistics golden triangle here, bounded by the M1, M6 and A14. However, given that it's less than a year since the council declared a Climate Emergency, this proposal seems a bit off, to say the least. Needless to say, petitions have been signed and representation made by the proper channels to oppose this awful plan - but we nearly didn't notice this was happening.

The point of this post is not to embroil you in an issue that, let's face it, probably doesn't mean a lot to you, but rather to remind you that while you're looking over here, things are still going on over there.
Posted by Julia Thorley at 11:11