Pictures at an exhibition 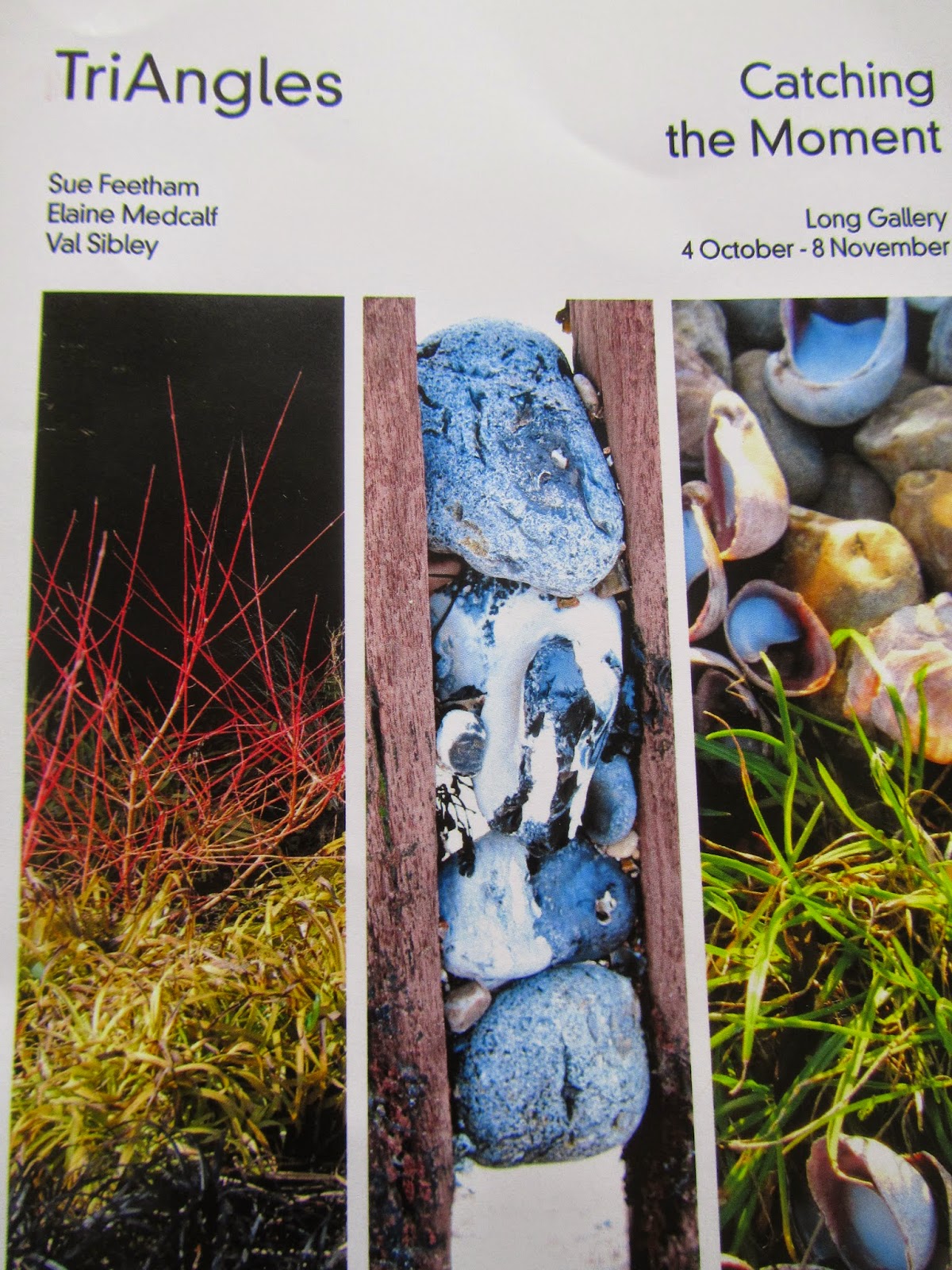 Elaine Medcalf is a writer and poet, but is also a photographer. Her first exhibition at the Alfred East Gallery in Kettering, jointly with Val Sibley and Sue Feetham, is called ‘TriAngles: Catching the Moment’. She kindly agreed to share her experiences of this venture.

I have very simple picture handling software on my computer – nothing like Photoshop or Lightroom, but I’m happy to take out the odd fly on an otherwise perfect rose, or a speck that has suddenly appeared across the lens.  There are some very magical things that Photoshop and Lightroom can do, such as  moving something over to the other side or putting in a water reflection when it was never there, that I wouldn’t do.

The gallery offered to curate for us, so with a couple of suggestions from us about certain pictures that we thought would look good next to each other, we left it to them and we are really pleased with the display they’ve come up with.

It was more nerve-wracking than I thought it would be.  I’ve small collections of prints in local coffee shops and had a print or two in amongst a whole load of others at the Open Exhibition at the Alfred East, but having an exhibition with my name on was something else. Once the preview day was underway and the positive comments from friends began to appear I was reassured, but it’s always a bit scary when you put something you really like up in view of the buying public. It’s like baring your soul.

The staff at the Alfred East Art Gallery were brilliant and we soon learned that they knew the answer to every question. Katie Boyce was our main contact and she was amazing at getting us organised. They have the facilities to produce flyers, posters and a whole email community to which they send regular info about forthcoming exhibitions, as well as a magazine that finds its way all over the town to advertise what's showing. All this was all included in the hire price. Yes, you do have to pay them a fee to hire the gallery.

First, not to worry too much because the gallery really will look after everything. The process coincided with me developing a new style of displaying my photos, which made it a bit complicated early on because I kept changing my mind. If you're thinking of doing it, just make sure you know how you want your pictures to look.  The only other bit of advice is 'just do it’, as the slogan has it.

I’ve always had an idea of combining my poetry with my photos, so maybe that’s on the cards.  Also, the positive comments and the sales I’ve had so far have spurred me on to consider other avenues for my pictures, such as agency work and further exhibitions.

TriAngles may be seen until 8 November. You can keep up with Elaine’s activities via her blog and read her stories on Kindle.