Well, that's better. After a fairly unpleasant week, the weekend was a vast improvement.

By Friday, I had met all my work deadlines and then in the evening had an unexpected trip to the pub where son Joe was playing drums with Ivory Yardsale. Splendid stuff. 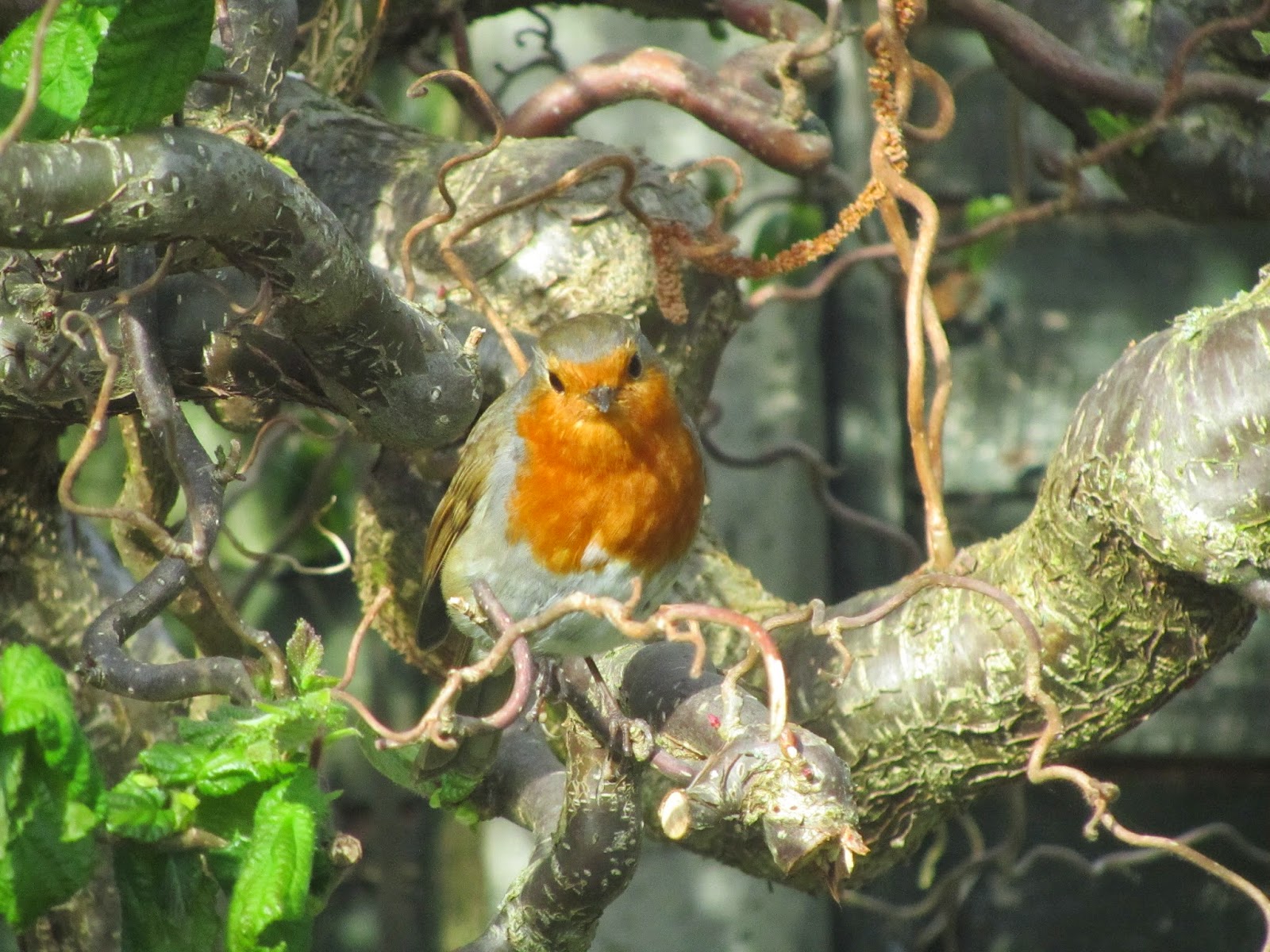 Saturday saw me being a domestic goddess and head gardener. While I was turning over the earth, I had the company of a little robin who was looking for tasty morsels (see pic). In the evening, I headed off to the arts centre to see comedian Jo Caulfield, who was hilarious.

Sunday was filled with a mixture of gentle pottering/potting while the sun was out and crosswords and sitting about when the sun was in. Brenda Blethyn in Vera was my evening's entertainment. It's a bit 'Look-out-here-comes-a-clue', but it's comfy stuff and I love the Northumbria scenery.

Now that the mood has lifted, I have great hopes for the week ahead. (Cue Fate rubbing her hands together...)