Are you ready for the new industrial age? 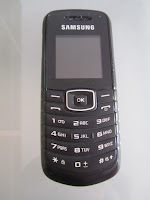 I do quite a bit of editorial work for the Chartered Institute of Logistics and Transport. Don't yawn: this organisation represents one of the most crucial parts of business and society. Without logistics, nothing and no one would ever get anywhere.

One of the hot topics at the moment is the Fourth Industrial Revolution*, which we are in the middle of, in case you haven't noticed. Broadly speaking, this is the emergence of the internet and digitisation, and the fusing of physical, digital and biological worlds. Still with me?

I love all this stuff. Artificial intelligence, autonomous vehicles, 3D printing, quantum computing (no, me neither) and nanotechnology are changing everything and while I don't pretend to understand it all, I'm constantly amazed at what is possible. That's not to say, though, that I'm ready to embrace it all in my own home. I don't want a smart meter or a fridge that can tell me when I'm running low on milk. Nor do I want a smartphone, because I don't want to be always 'on'.

However, my trusty PAYG Samsung nearly went in the bin this morning, because it stopped cooperating with me. It wouldn't let me key in words properly when I wanted to send a text and kept adding unwanted accents and peculiar characters. Fortunately, Mr Thorley was on hand to take a rational look at the problem and was able to tell me that I'd somehow managed to switch the input language to French.

Oops. I don't think I'm quite ready for the Internet of Things.