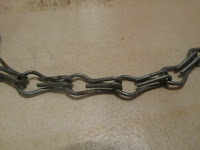 Isn't it strange how one thing leads to another?

A few years ago I wrote a short story called 'Scoring An Own Goal in Tennis'. I sat on it for a while because I didn't know what to do with it; it clearly wasn't a womag tale. In the end, I entered it into the H E Bates Short Story Competition and it won one of the prizes. I subsequently published it as a little e-project for the Kindle.

Since then, I've attended the HEBSSC awards evening as a guest and it's always an interesting event. The second year I went I sat next to a lovely lady called Rachael, whose partner is a writer. She runs Open Stage Performing Arts in Northampton, where she does wonderful things, and I've been privileged to have been a judge at the group's awards day three times.

A couple of those times, one of my co-judges has been Radio Northampton presenter Jules Osmany and we've kept bumping into each other here and there. Well, last night she invited me on to the radio show she co-hosts, for a chat about public speaking. If you're interested, you can catch my bit on BBC Sounds here; I was on at 1hr 16min for about a quarter of an hour.

Coincidentally, my blogworld friend Sally Jenkins has just posted about this topic, because her book Public Speaking for Absolute Beginners is now available in paperback and Kindle formats. There's more about this on her blog here.

I wonder what the next link in the chain will be.
Posted by Julia Thorley at 16:00